Our topic will be pain management / opioid crisis and how it is affecting our treatment. Come with suggestions or how you deal with your pain. No topic is off the table.

*Note: Please RSVP to leader Debbie if you will be attending, so she will know how many to expect. 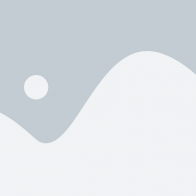 My name is Debbie and I have Ankylosing Spondylitis and Crohn’s Disease. I came across the Spondylitis Association of America (SAA) website by accident one night, while surfing the internet. I was hoping to find something that would help me deal with the pain in my neck.

When I came to the message boards, I immediately started reading the posts by others, who like me, had one or more of the spondyloarthiritic diseases. It was an emotional experience. I finally found a place where I was “normal”.

When I was first diagnosed back in 1973, they knew very little about AS. The doctors told me that AS affected 90% men and 10% women. Why was I one of the 10%? They knew that the HLA-B27 gene played a role in AS. Years later, I discovered that I carried the gene, however, no one else in my family has AS.

Years ago, we did not have the internet. In the beginning, I was told to take 20 aspirin a day and deal with it. Not knowing what to expect, I had to learn as I went along. I learned to make adjustments to my daily routine. Some days, I was unable to even get out of bed. I needed someone to talk to about what I was going through. I felt so very much alone.

I didn’t meet anyone else with AS until 1987, and he was a guy. It was not until 2009, that I would actually talk with another female with AS. I had been told that I was the only female in Idaho, let alone Boise. So imagine my surprise when I found that there were others right here in the Treasure Valley who had AS. I sent a message to the support group leader and the rest is history.

I wanted to become involved with this group for a number of reasons. Some of the members had been recently diagnosed with spondyloarthritis, or have had it for a short period of time compared to my 38 years. I did not want others to feel alone, like I did. You are not alone, and you will get through this. It will not always be easy, but you can survive. I like knowing that there is a place where you can come and listen to others tell their stories, get the latest information, and cry and/or vent if needed. Best of all, to know there are others just like you….who know what you are going through.