Meeting will be held in the church wing. Enter through the right-hand set of red doors, which are accessible via the handicap ramp. 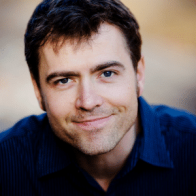 Hi, I’m Michael Scepaniak (sounds like “hispanic”). I’m in my mid-40s, live in Cockeysville with my partner (Deborah), and am interested in sustainability, software development, diet and exercise, writing, board games, travel, and finance (among other things).

Back pain was something I always seemed to be dealing with during my 20s and 30s. However, it wasn’t until July 2014, at the age of 39, after suffering through 7 months of wide-ranging joint pain and physical therapy, that I finally saw a rheumatologist and was diagnosed with ankylosing spondylitis. I started on a course of NSAIDs, which did wonders for me. Even better, a little over 8 months later, I was able to go drug-free. I wasn’t pain-free, but the pain had moderated enough for me to live my life without medication.

It didn’t last, though. A little less than two years later, I was back on the NSAIDs. And nearly a year later, both my primary care physician and rheumatologist were encouraging me to start on biologics (TNF inhibitors). Despite the urging, I resisted. And I’m glad I did. Six months later, I was back off of the NSAIDs and my rheumatologist declared me to be in remission. And that’s where I remain today (although I prefer the term “inactive disease state” to “remission”).

My own personal prescription was diligence, effort, positivity, and experimentation. And that continues through today. My spondylitis is still with me, and always will be – which means I’m going to continue on with my “prescription” for the rest of my life.

I don’t have any grand design in mind for the Baltimore support group. I simply want it to exist – always as a resource for those in our area. With that being said, I have a bias toward action, and being constructive and supportive. For some members, that might mean of their efforts to overcome their disease. For other members, that might simply mean of their efforts to maintain where they are.

I welcome everyone to attend and share questions, ideas, and encouragement.