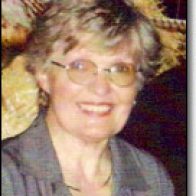 To some, North Dakota might be far from the equator, in the middle of nowhere. To others, it is God’s country. But the farther north of the equator, the higher the incidence of diseases such as ankylosing spondylitis, so—in theory—many people “up here” must have it, yet the numbers of those diagnosed with spondylitis-related diseases and the public’s awareness of the diseases seems low. Why?

Perhaps it’s a lack of education.

“I’ve evidently had ankylosing spondylitis for decades, but it was only diagnosed in the last two years,” says Smith. “Knowing that I have AS helps me understand why my fused sacroiliac joints can’t work right. It also helps me understand the flare-ups, the stiffness, the chronic pain and iritis, and the other infections I’ve had through the years.”

Anxious to have someone to talk to about what she was learning, Smith found the Spondylitis Association of America website. Through them, Smith said, “I was put in touch with others who suffer from this under-diagnosed, potentially debilitating disease, and now, want to reach out to others who suffer from forms of spondylitis.”

With that purpose, and with the support of the Spondylitis Association of America, Smith invites anyone (or any family member of anyone) with spondylitis-related diseases who is within driving distance to join the new group as they embark on this journey.