Meeting will be held in the Dining room/Cafeteria.

The Dining room/Cafeteria is located on the ground floor near the main entrance and faces the handicap parking spaces. You can use that entrance for easy access. 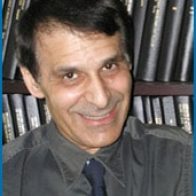 Edward J.N. Ishac, Ph.D. is a Professor at Virginia Commonwealth University (VCU) in the Department of Pharmacology and Toxicology. A native of Australia, he has lived in Richmond’s West End since 1993.

Dr. Ishac received his doctoral degree from Monash University in Australia in 1983. He has post-doctoral training at McGill University in Montreal, Canada and the National Institutes of Health in Bethesda, Maryland. Dr Ishac has served on the National Board of Medical Examiners for the USMLE Pharmacology Step 1 licensing examination and is the Medical Pharmacology Course Director at VCU. He teaches pharmacology to medical, dental, pharmacy, nursing and graduate students. He has received many awards for teaching excellence, including VCU’s and the School of Medicine highest awards.

Eddy was initially diagnosed with rheumatoid arthritis in his early teens, which was later changed to ankylosing spondylitis. Over the years Eddy has had four total hip replacements, bouts of iritis and his spine has totally fused. Eddy continues to be physically active and works full-time.