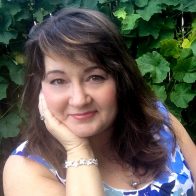 Rose is a Seattle-area native, having lived and worked in King County for nearly all of her life. She started working for Microsoft in 1988, when she was 19 years old, and worked for the tech giant in various roles for 23 years, mainly in security and privacy. She left Microsoft in 2011 and moved to the security team at Amazon Web Services briefly before becoming too disabled to continue working in 2013.

Initially diagnosed with fibromyalgia in 2008 after many years of playing “specialist whack-a-mole”, her diagnosis of seronegative undifferentiated spondyloarthropathy followed in 2009. Rose kept working full-time for another four years with increasingly severe pain, fatigue, and cognitive issues until it became clear that her career days were unfortunately behind her much to her chagrin. She’d still be working in the field she loved today, if it were at all possible.

A former college scholarship athlete (briefly), Rose played competitive volleyball for many years in addition to camping, hiking, white-water rafting many class IV rivers, kickboxing, weight-lifting, and training for and completing a sprint-distance triathlon for fun, all while maintaining an extremely high-pressure, full-time (and then some!) job. No stranger to sports injuries or recovering from orthopedic repair surgeries Rose was frustrated when there was no cure to be had for the constant, often excruciating low back pain which progressed over time. Currently Rose gets most of her exercise tending her vegetable garden and playing with her two rescue dogs, Rascal (Border Collie/Borzoi) and Reilly (Border Collie/Husky/Labrador). Rose is currently single with no children (except the canine kind).