Leaving a Legacy for Women…

Leaving a Legacy for Women with Spondylitis 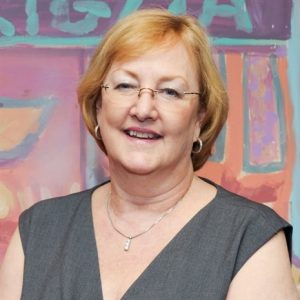 Making the decision to remember the Spondylitis Association of America in my estate planning was a natural extension of the ongoing resources I have devoted to the SAA since I was first diagnosed with Ankylosing Spondylitis (AS) in 2002. A natural extension yes, but it is so much more than that. Making a legacy gift ensures that the SAA’s good work will continue long after I am gone, benefiting the next generation of people who have this mystifying and often demoralizing disease.

Charlotte Howard My story with AS starts in 2002, when I was diagnosed after nine months of endless doctors and tests, during which time I had to take medical leave from work. My diagnosis came from a very smart rheumatologist who had a flyer on the wall of her exam rooms for the Houston SAA Support Group.

Whatever the challenge, I tend to jump in with both feet, so I starting by attending the Houston Support Group meetings. I volunteered to help the group leader with any number of activities, from setting up a mailing list to finding speakers.

And I was fortunate because the Houston support group has one of the leading researchers in AS in its neighborhood – Dr. John Reveille. As a result, I was recruited to participate in the TASC genetic study and was proud to donate my blood toward the better understanding of this disease.

That initial participation led me to join the Board of Directors in 2006. I have chaired the Communications Committee, been a member of the Fund Development Committee, and have served as Board Secretary and currently Board Vice-Chair. It has been such a privilege to serve this organization for the past six years. I have seen it grow and flourish, despite some challenging economic times.

My other, more personal reason for remembering SAA in my estate planning is that I would like to see a greater focus on women with this disease. Don’t get me wrong, more attention is being paid to women these days. But understanding how the disease affects women is still in its infancy. And because I am an HLA-B27 negative female with AS, I have a genuine interest in this area.

In order to find these and other answers it will take time and money — resources to conduct research. So part of my reason for doing this is a little selfish, but hopefully it will benefit other women, and men, with AS in the future.