Ice Fishing 4 A Cause

Ice Fishing 4 A Cause 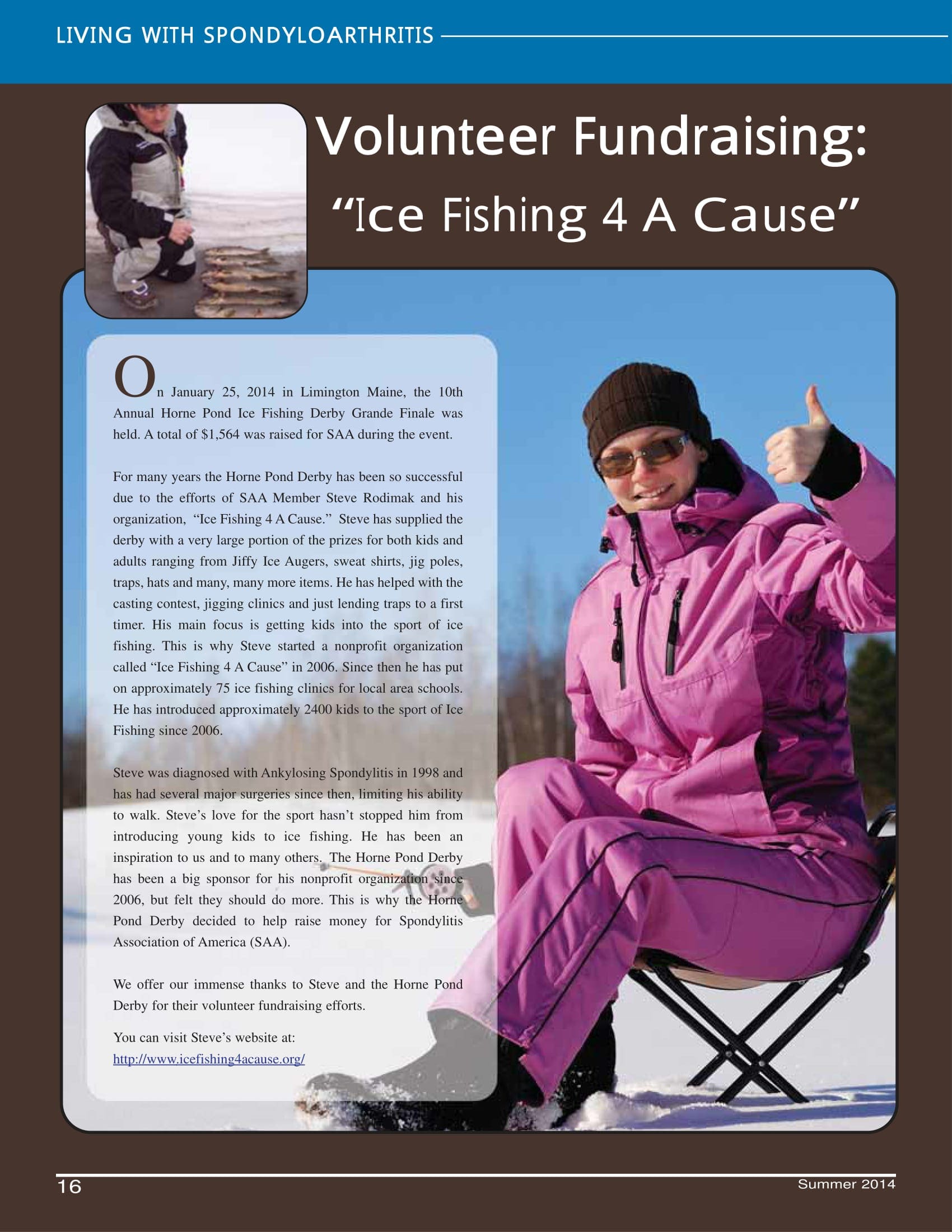 On January 25, 2014 in Limington Maine, the 10th Annual Horne Pond Ice Fishing Derby Grande Finale was held. A total of $1,564 was raised for SAA during the event.

For many years the Horne Pond Derby has been so successful due to the efforts of SAA Member Steve Rodimak and his organization, “Ice Fishing 4 A Cause.” Steve has supplied the derby with a very large portion of the prizes for both kids and adults ranging from Jiffy Ice Augers, sweat shirts, jig poles, traps, hats and many, many more items. He has helped with the casting contest, jigging clinics and just lending traps to a first timer. His main focus is getting kids into the sport of ice fishing. This is why Steve started a nonprofit organization called “Ice Fishing 4 A Cause” in 2006. Since then he has put on approximately 75 ice fishing clinics for local area schools. He has introduced approximately 2400 kids to the sport of Ice Fishing since 2006.

Steve was diagnosed with Ankylosing Spondylitis in 1998 and has had several major surgeries since then, limiting his ability to walk. Steve’s love for the sport hasn’t stopped him from introducing young kids to ice fishing. He has been an inspiration to us and to many others. The Horne Pond Derby has been a big sponsor for his nonprofit organization since 2006, but felt they should do more. This is why the Horne Pond Derby decided to help raise money for Spondylitis Association of America (SAA).

We offer our immense thanks to Steve and the Horne Pond Derby for their volunteer fundraising efforts. You can visit Steve’s website at: http://www.icefishing4acause.org/