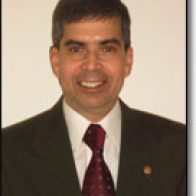 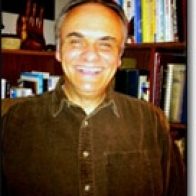 Dr. Gimbel resides in Denville, New Jersey with his wife Ruth. He received his dental degree from New York University in 1977 and has completed Advanced Proficiency laser certification, and is member of several professional dental organizations. He sold his dental practice after 27 years due to his spondylitis and is now involved in dental research and development. He is the current President of the Academy of Laser Dentistry and has been an Invited Lecturer to Dental Meetings around the United States and the world, including Puerto Rico and Israel.

Since 2003, he has been a Volunteer Scuba Diver for the New Jersey State Aquarium; he presents underwater talking dive shows, assists marine biologists, and tests and trains new volunteer scuba divers.

Craig has a love for sharing his knowledge with others and giving the opportunity for others to learn. He hopes to establish a strong spondylitis educational support group in the metropolitan northern New Jersey/New York area.

Bob is a Piscataway NJ, resident who has been married to his wonderful wife, Nancy, for 39 years. They have 3 grown sons, a grandchild, and 2 rescue dogs. Bob’s hobbies include avidly following the N.Y. Mets, the N.Y. Giants, and listening to and collecting rock music for his extensive iPod music library. After delivering mail for 20 years, Bob retired in 2013 due to physical limitations related to AS. It was after retiring that he reached out for much needed support and was able to attend the Morristown N.J. AS Support Group Meeting; he enjoys the fellowship and support (emotional, mental, and educational), that the members of the group provide. Bob is enthusiastic to join Craig as a co-leader of the group and he looks forward to the continued sharing of strength, hope, and courage with others living with AS. Bob’s mantra is, “Stay Strong and Keep Moving!”