The Lansing support group meetings bi-monthly on the last Saturday of the month. 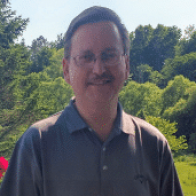 My AS Story: After a trip to the Emergency Room with severe pain and limited mobility on New Year’s morning of 2013, a visit to my primary care physician and a referral to a bone specialist resulted in a positive test for the HLA-B27 gene marker and a diagnosis of Ankylosing Spondylitis (A.S.) The symptoms had affected my life for 16 years prior to my diagnosis, which included Psoriatic Arthritis with a soft bone heal fracture, then years later, Osteoporosis just two months before the A.S. diagnosis. Treatment changed to a more coordinated effort between my new primary care center, a Rheumatologist, and continued low impact exercises with hot water pool therapy through “Exclusive Physical Therapy” in Lansing, Michigan.

Dan has a marketing, management, and sales background, while having a variety of Non-Profit volunteer experience as a York Rite Mason, a Shriner supporting the Shriner’s Children’s Hospitals, as well as supporting the Michigan Masonic Charitable Foundation.

He is looking forward to also assisting SAA with Awareness and Education on the family of related spondyloarthritis conditions and symptoms in a round-table format based support group.

Dan and his wife Cathy had been married almost 38 years before Cathy lost a year and a half battle with stage 4 Breast Cancer on December 15, 2017. She was 57 years old. They have two daughters Christina (Andrew) Price and Angie (Mike) Frye who are both married, Angie having two sons, Garrett and Grant.  Daniel enjoys the outdoors, family time, going to the movies, card games, playing chess, and taking event pictures. Golf and bowling have become limited after losing spinal flexibility in late 2015 due to Ankylosing Spondylitis.

He welcomes people with questions to reach out to him and connect with others living with Spondyloarthitis in Michigan.  Come and join us during our meetings.