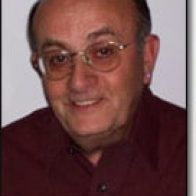 Howard is married and has four sons, and six grandkids. He recently moved to Oakland, California after living in Philadelphia, PA for a number of years, where he worked as a Contracting Officer/ Customer Liaison for the Department of Defense working with the United States Air Force, Air Logistics Centers.

In the past, Howard also ran a support group for Crohn’s and Colitis Foundation of America, and in 2003 was named Volunteer of the Year. At his previous place of employment, Howard sat on the Advisory Committee for the Employment of people with Disabilities, and headed one of their sub committees. In 2005, he received national recognition as one of the top ten employees within the Defense Logistics Agency.

In his free time, he enjoys recycling old jewelry into beautiful lapel pins for women.