*Parking is $4.00 or free with a handicapped placard or license plate.

The San Diego support group meets on the third Saturday of alternate months starting with January. 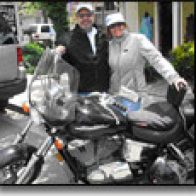 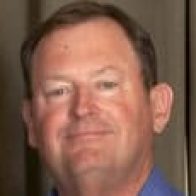 Tim is a long time resident of San Diego and has been part of the San Diego AS support group since 2003. He started a media company in 1983 which has been producing television commercials and corporate image media and training for area businesses and government agencies.

Acute symptoms of AS came on strong in 1982 during the making of a stress filled movie, from there Tim was misdiagnosed for the next 20 some years before it was clear he had AS. Tim is a believer in the therapeutic benefits of Support Groups for the AS community and his company has been involved in experimenting with online support group technology.

I developed my first symptoms of Anklyosing Spondylitis in high school. The problem was that nobody could diagnose my condition. They treated me with Prednisone and Phenylbutazone for years. I graduated from San Diego State College with high honors and Northwestern University Medical School with honors. I completed my Ophthalmology Residency at Los Angeles County USC Medical Center and practiced General Ophthalmology in Salinas, CA for twenty-five years. I retired early secondary to spinal changes caused by my Ankylosing Spondylitis. In 1999, I was started on Enbrel which within months reduced my morning stiffness, severe fatigue and to some degree my level of pain. After a few years Enbrel became less effective and I was switched to Humira which I continue on at present.

I moved to Carlsbad, CA in North San Diego County in 2001 for a warmer climate. I felt that individuals living in the San Diego area could improve their Ankylosing Spondylitis management if they were better informed regarding available medications, the advantages of a low impact exercise program and the need to better communicate with their physician in order to be their own healthcare advocate.

I formed the San Diego support group in 2003 with the help of the SAA and we are presently in our eleventh year. I am a strong advocate for the SAA which represents us in the United States. I served on the SAA board of directors for three terms which really broadened my personal knowledge of Ankylosing Spondylitis, Axial Spondylitiis and Reactive Arthritis. I currently am pleased to share the leadership responsibilities with Tim Tomkins, one of our founding members, who also has dealt with his Ankylosing Spondylitis for years and is very knowledgeable on the subject along with being a excellent facilitator.

My wife Cheryl and I live in Carlsbad, CA. We have five children and nine grandchildren. My hobbies include photography; automobile racing including F1, Indycar and Sportcars; and automobile historian focusing on sportcars.