SAA was founded by a small group of volunteers in 1983 and today, we continue to rely on the generosity of volunteers around the country to help further our mission. We’d like to acknowledge all of the volunteers who are making a difference in the fight against spondylitis,  but we’d like to share with you one special story of a young volunteer who exemplifies the true meaning of altruism.

In January, we received a check for $160.00 with the accompanying letter below from a young boy, age 12, named Jared who lives in Ohio.  His father suffers from AS and Jared wanted to do something to help. On a snowy day when Jared was off from school, he decided to do just that! Instead of sledding and playing with his friends, he went door-to-door in his neighborhood and offered to shovel and clear snow from their sidewalks and driveways to raise funds for SAA.  Jared worked for nearly five hours in the cold and snow and as he says in his letter, “some of those driveways were very long.” At the end of the day, he had raised $80.00 and his parents generously matched the money he earned.

We can’t thank Jared enough for his act of kindness.  He is not only an inspiration but an example to us all that “one person can make a difference”… even if they are only twelve years old. 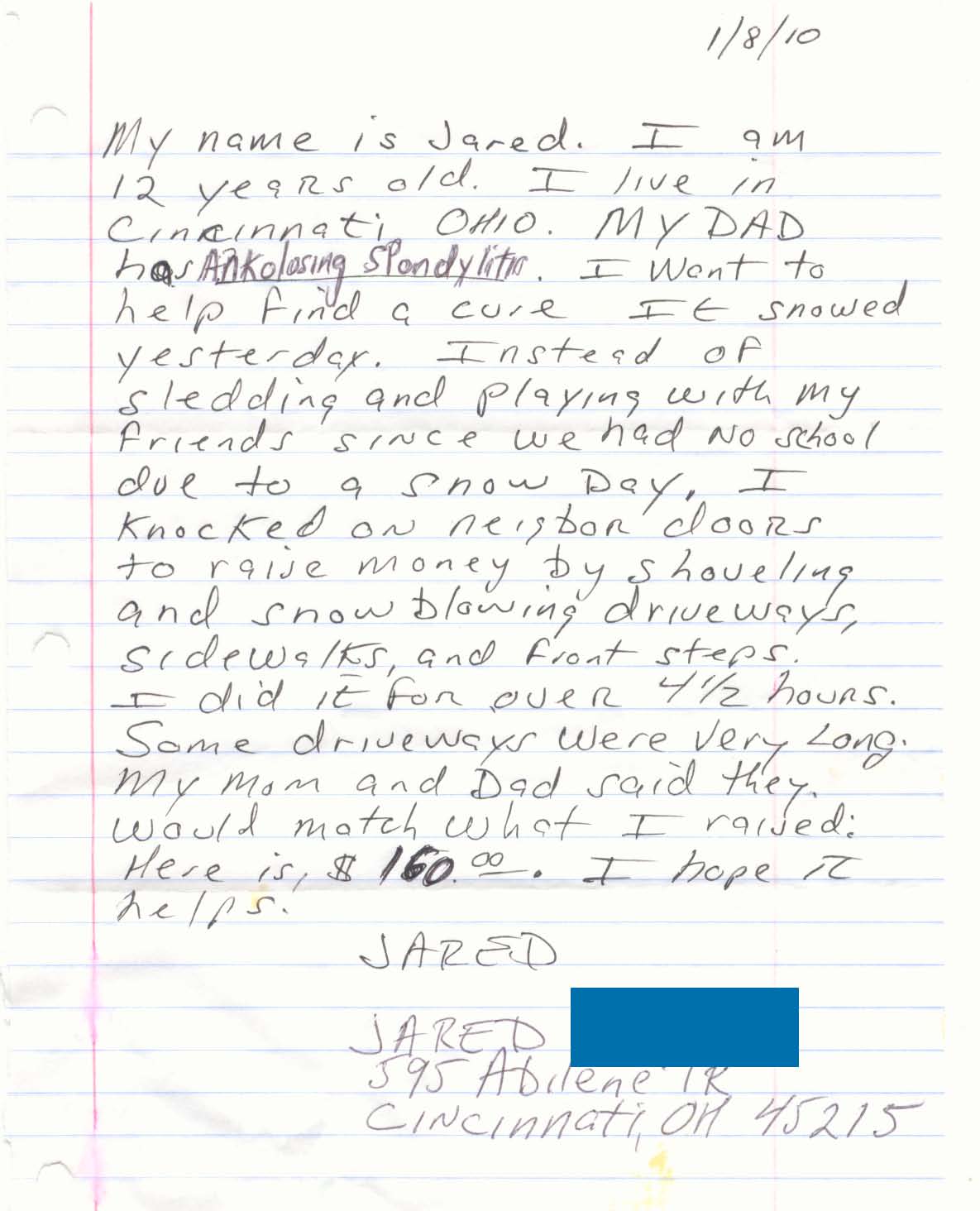