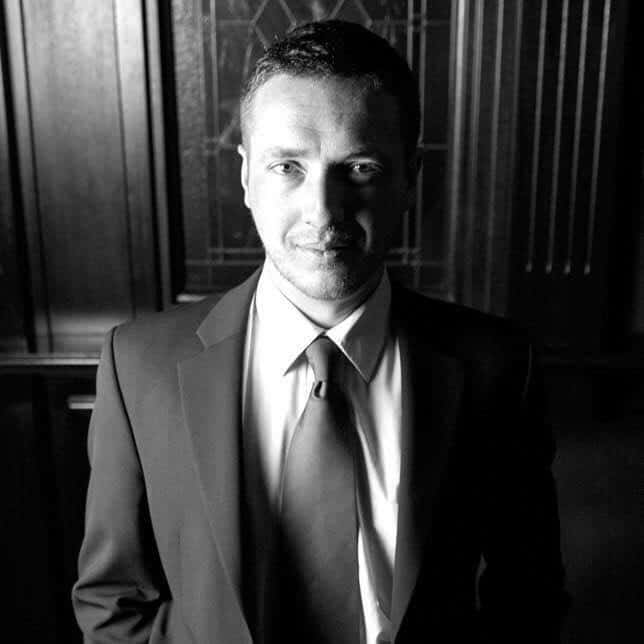 I was walking between classes in school one day when all of a sudden I felt extreme pain in my hip and couldn’t walk any further. I’d been very healthy up to this point, a school sprinter in fact. What I didn’t realise in that moment was my life was about to change permanently and a whole lot of pain was ahead.

My name is Mike Lindsay and I’m a Firearms/shooting journalist here in the UK. I was clinically diagnosed with Ankylosing Spondilitus when I was 18 and it was a particularly aggressive case. My mobility was lost extremely quickly and I was forced to need to use a walking stick for even the shortest journey…..

The pain levels I experienced were beyond belief with doctors telling me my blood tests were showing inflammation levels of 180+. I thought that sounded ok until they told me 5 was average.

From the moment I opened my eyes until I could finally sleep was one continuous cycle of pain. Spasms were the worst for me, moving my body at all was guaranteed to cause me discomfort so to have involuntary movements that were so violent really was excruciating.

I was surrounded by people that loved me and cared for me but I still felt alone, I felt like I was trapped in my own hell and nobody else was experiencing it. The pain meds didn’t really do much, I tried everything, the doctors tried everything but it was the year 2000 when I was told what was wrong with me and the meds available didn’t seem to work.

I had constant trips to the hospital for hydro, physio, consultations, tests….each time the doctors looked at me in a sort of bewilderment. I was one of the more extreme cases don’t get me wrong, what I’m describing is not what everyone with AS goes through. I was a bit of a rarity, so much so that I had medical students telling me excitedly that they learned about me in the local University, even having a couple come visit me when I was admitted for observation.

I was house bound, couldn’t move my neck at all, my spine was constantly making me face the ground, my joints were on fire and walking was an arduous task. I became so accustomed to pain that it just became a normality for me, like a white noise.

I remember shuffling with my stick to try to go to the toilet and halfway up the hall I took a massive spasm which floored me quite literally, I lay there for 5 hours unable to get up and in extreme agony until I was discovered by my partner. This was normal.

Medicine after a decade however caught up and I was given the chance to take an infusion every 6 weeks which would apparently give me a chance at a “normal” life. I was told there would be risks but I had to weigh them up and decide was it worth it. My decision was “if it kills me it kills me, I can’t live like this anymore.”

So I got my first round of biologic meds and the very next day, just 24 hours later I did something I hadn’t done in a long time, I moved my head to the right slightly.

Slowly but surely I could move, the pain was less, I was doing things I couldn’t before. It was a miracle. I’m still in pain all the time, I’m still restricted with my movements, I’m still tired, still drained but I can move, the pain is nowhere near what it was but it’s always there – it feels like I have a passenger that won’t get off weighing my spine forward. The AS has taken its toll on my body, it’s done it’s damage so I can accept I will always be in pain.

However, the AS always made me a fighter though and that hasn’t changed. I wouldn’t consider myself able bodied I accept I have a disability but it’s meant I could pursue other things, and shooting is my passion. I have dedicated my time to writing and shooting as I can write lying down so I don’t need to leave the house – and I can shoot when I’m fit enough to do it.

I’m actually trying in Olympic Trap next week over in England as a disabled shooter and filming a program dedicated to it with a shooting channel here in the UK called gunroom.tv. So while the illness has limited me as far as work I’ve found something I can do while managing the AS full time.

So from being housebound to getting out and about in the UK shooting scene and becoming a journalist, I’ve had quite a journey living with AS, and there’s plenty more to come.

Lifting the Weight of AS

I used to be a very angry person because I hurt all the time. Now, it takes a lot to even make me agitated. I’m…

Spondyloarthritis, My Support Systems, and Me

When I was nine years old, I went to the doctor for a mysteriously swollen knee, one that I couldn’t remember hitting on anything and…

Spondyloarthritis: A Story of Math, Disconnection and Pain

I feel more and more detached, yet I have high hopes. I keep praying. Without prayers I can…

My Never-Ending Story: Surviving AS, RA, and COVID-19

My name is Jessica Thomas, and I am a wife, a mother, a daughter, a sister, a friend…

The Tricky (And Long) Road to Diagnosis

Hi, my name is Shane Derbyshire. I am a chiropractor from Norwich (in the UK) and I was…

I don’t like having Ankylosing Spondylitis. It’s a crummy affliction. It hurts and makes my life miserable, painful, and then I resort to profanity. No…