My Weakness, My Strength

My Weakness, My Strength

I remember the day I found out I had ankylosing spondylitis. I remember the exact moment so clearly… I was in my office at work; had been having intense pain in my sacroiliac joints and lumbar spine for over a year at that point and it had only been getting worse. Some days I couldn’t sit up, let alone stand, on my own. I had been calling in sick more frequently and I had been in PT for over 4 months. The pain still crept up and consumed me. I was fixated on something I could not find an answer to. I had recently had two MRIs done and found out I had bilateral inflammation in my SI joints. I was told that this may be indicative of something else, but I was given little information as to what that could be. My doctor told me I needed to have a blood test. When she handed me the order, I immediately started Googling the different tests she had ordered. One of tests ordered was for HLA-B27. I Googled this test, immediately finding that it was linked to ankylosing spondylitis, read all of the symptoms, and knew that is what I had. I continued reading about AS and became horrified. I was certain that I matched all of the symptoms listed, but surely this could not be my fate… a fused spine? Lack of mobility? Chronic pain? TNF blockers? I was drowning in my own fear before I was even officially diagnosed…

Not long after that was the day I received confirmation. As I said, I was in my office at work, and I received a phone call from my doctor’s office. My doctor’s medical assistant told me that I was HLA-B27 positive and that, along with my symptoms, it was consistent with ankylosing spondylitis. She said that I needed to follow up with a Rheumatologist and gave me a referral. I thanked her quietly and hung up the phone. Do you know what it feels like when you are so sure you know something to be true, but it still shocks you the moment it’s confirmed? I closed the door to my office and slid down the back of it… folding up into a ball on the floor. I cried, I questioned, I feared, I prayed. I believed in that moment that AS was going to be the worst thing that ever happened to me. I believed AS was going to steal my life.

What I didn’t know then was that I was actually getting stronger in that moment. That is the funny thing about strength… it doesn’t come without weakness or pain. Strength comes from growing and from battling. It comes from breaking down and then choosing to stand back up. Strength comes slowly and from experience. Finding out that I had AS broke me. I felt like I had been robbed of my future. I was so scared of the unknown that awaited me. My physical pain had become an emotional hell. I was so relieved to have an answer for what my pain was, and yet so distraught to learn what it was that ailed me. I felt so much on the floor of my office that day, but the next day was about action. Okay, I have AS. Now what? How will I handle this new life? Because the truth is my life was not stolen… it was changing. Was it possible that I could have any control in how it was going to change?

It is interesting talking to people about AS and my prognosis. Just tonight I was asked, “What does that mean?” In the simplest form… it means I have an inflammatory arthritis that attacks my spine and the surrounding joints. It means chronic pain and flares. It means varying degrees of symptoms throughout my lifetime. It means the possibility of my joints fusing and the loss of mobility. It means meeting with a Rheumatologist multiple times a year and blood tests 3-4 times a year. It means anti-inflammatories and possibly TNF blockers one day. It means experimenting with diet, vitamins, herbs, oil, and every other treatment that people recommend. It means lifestyle changes, stretching, and restless nights. It means fatigue and caution. It means physical therapy and soreness. But it has meant a lot more to me as well… It has meant patience and perseverance. It has meant motivation and a greater awareness of my body. It has meant committing myself to an active lifestyle and becoming involved in active communities. It has meant being grateful for my mobility and dedicated to maintaining it. It has meant taking my weakness and making it my strength.

Finding out I have AS was horrible, but it has led to some of the best things in my life. I practice Iyengar and found a yoga community I love. I hike more, bike more, and enjoy the outdoors more. I challenge myself physically, but also have more understanding and know when my body is telling me to back off. AS has helped me create connections with other people who have this scary and challenging condition. And now? I am motivated not only to better my life with AS, but the lives of others who suffer from it.

I want you to know that I have AS and I believe more than anything, my mobility is saving me. Some days I am too sore, I am too tired, and I feel helpless. Those days, I know I need movement even more. Strength comes to those who want it. Maybe you won’t be biking Pikes Peak any time soon, but strength is what you make it. Yes, you have a weakness. You have a challenge. And I know you have pain. But you have got to keep moving forward. I encourage you to try new types of movement, physical therapy, or even walking every day.  You may be on the floor now, but where will you be tomorrow or three years from now? 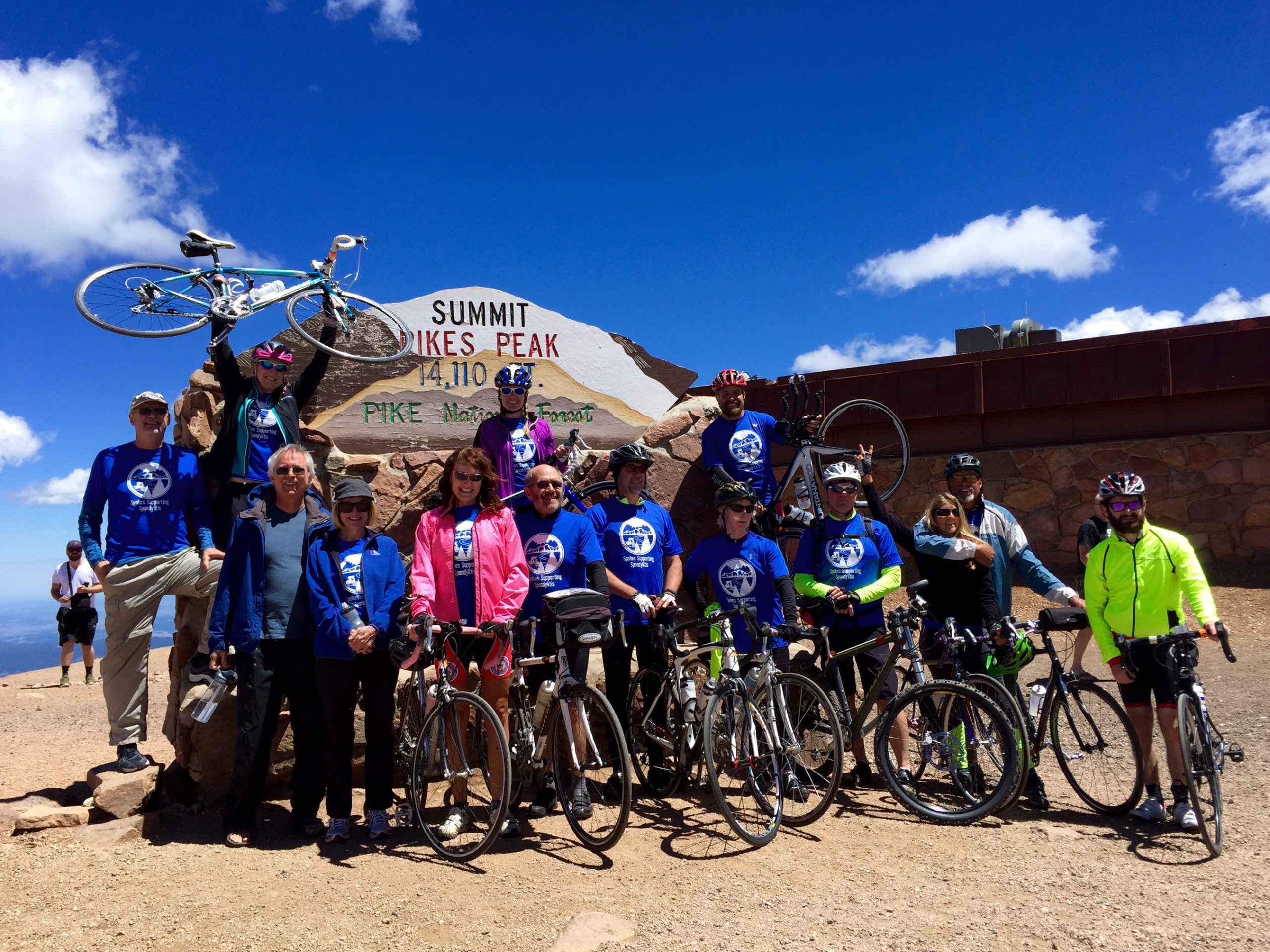 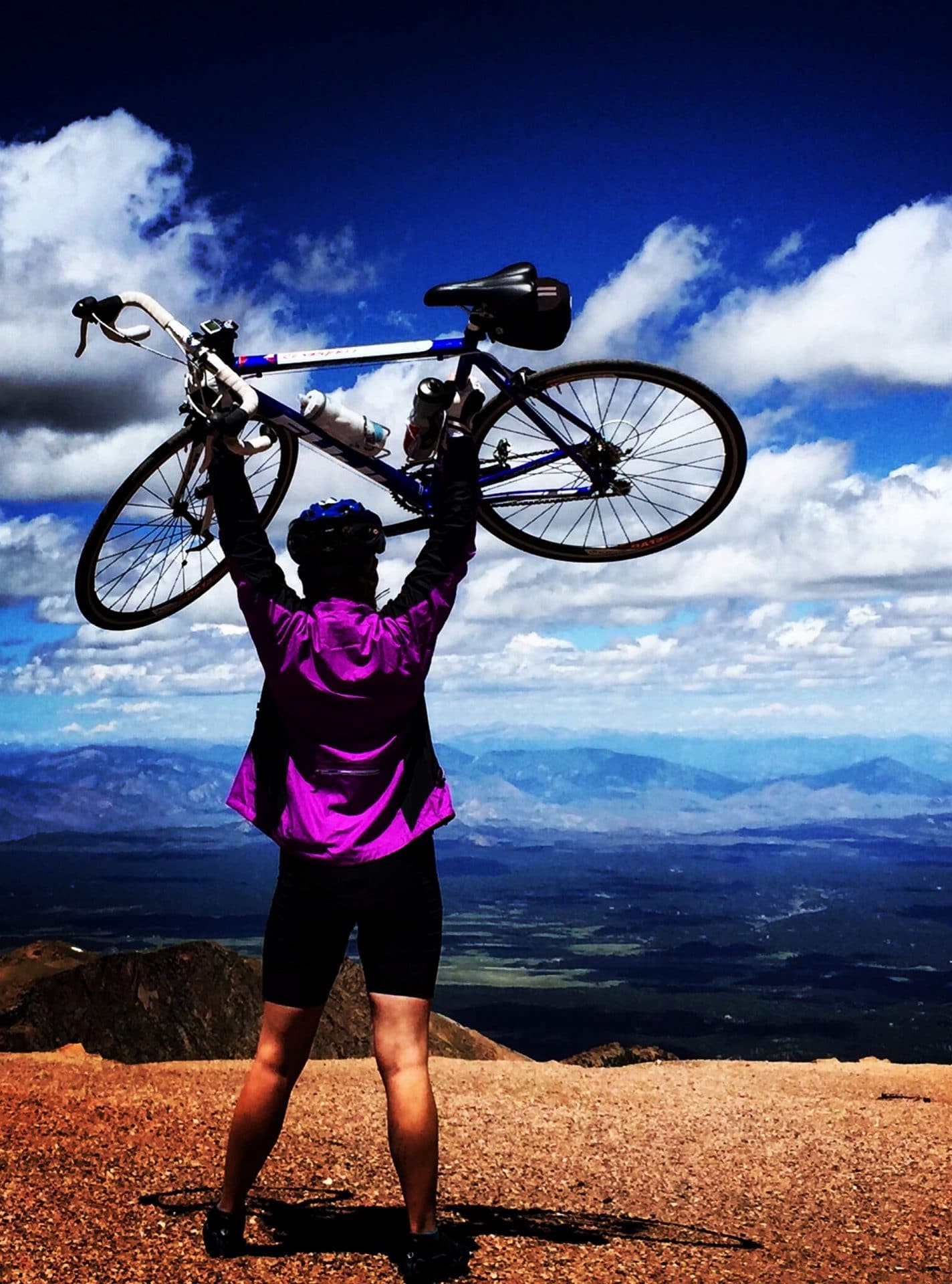 Our ride up Pikes Peak raised over $3,000 for SAA which I know will be used for meaningful research, treatments, and growing awareness in the community. But, I also hope that the ride up Pikes Peak can help those with spondylitis believe that their weakness, their pain, and their fear can create their strength and perseverance tomorrow. We may not be able to cure AS, but we can change how people look at it, especially those who battle it every day. Let’s change the face of AS, let’s make it STRENGTH.

To better days and strength ahead,
Amanda