My name is Sasha and I am a 26-year-old living in Sydney, Australia. My ankylosing spondylitis (AS) journey began just over six years ago when I was walking to a university class and had a flare-up so bad that I was crippled with pain and had to get a lift home with a family member. It came and went so quickly that I wondered if I had imagined it. Perhaps I had slept in a funny way or injured myself unknowingly at the gym. 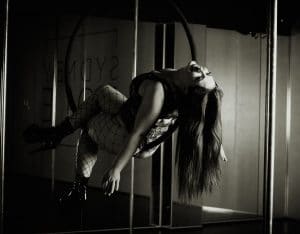 It was after my second flare-up that I realised it was too serious to ignore and I started seeing a physiotherapist who treated me for “pulled tendons.” For about half a year, I followed the program of “rest and minimal movement,” which did not help at all. It took a GP to recognise that something a little more sinister was going on underneath the surface, and she referred me to a sports injury specialist who performed a few tests and then referred me to a rheumatologist, who I still see to this day.

Finally, I had my diagnosis. I was scared at the time because it was so foreign and I was so young. I used to do (light) weight-lifting daily and was very active. After being diagnosed with AS, I felt like I was trapped in an unfamiliar body. Nothing was certain anymore.

My first major life change was my Humira treatments. Suddenly I felt human again and I could move freely without worrying about causing a flare-up. I could socialise normally and live a relatively pain-free life. Having a supressed immune system did come with side effects, but these only reared up approximately two years after starting my treatment. Within the space of three years, I was hospitalised on numerous occasions for pyelonephritis, pneumonia, and septicaemia. Common colds took me off work for weeks, minor muscular pains lasted for days, and rough sleep left me feeling lethargic for hours. However, I did get used to being more careful about maintaining clean and hygienic practices in everything I did, and I was able to reduce the number of infections I got dramatically. Today, this is still a challenge, but I am able to live a relatively normal life for the most part.

My mental health was another area that took a hit when I was diagnosed with AS. The uncertainty of my future caused me a great deal of distress and I felt scared and alone. Pole and aerial dancing were my salvation and they helped me to rediscover my strength and confidence and feel empowered again. I have been doing pole dancing for a year and a half, lyra (my favourite) for a year, trapeze for a year, and aerial silks and sling for a quarter of a year.

Through my aerial dancing, I can tell the story of my journey of resilience, from struggling with my physical and emotional battles to ultimately learning to love, believe in, and trust myself again. I am able to express the darker emotions that I felt during the times when I thought that all hope was lost, as well as the lightness and joy that I felt when I could see my pathway to happiness. Today, I am able to work full-time and practice my aerial dancing daily. I am almost finished with my postgraduate degree and am looking into the future with excitement and anticipation.

My Never-Ending Story: Surviving AS, RA, and COVID-19

My name is Jessica Thomas, and I am a wife, a mother, a daughter, a sister, a friend…

The Tricky (And Long) Road to Diagnosis

Hi, my name is Shane Derbyshire. I am a chiropractor from Norwich (in the UK) and I was…

I don’t like having Ankylosing Spondylitis. It’s a crummy affliction. It hurts and makes my life miserable, painful, and then I resort to profanity. No…

My AS Is a Chameleon

I started having hip pain that came and went when I was around 26. That was 13 years ago. The pain was so severe that…

This is my story about having AS and being infected with COVID-19.