My journey with ankylosing spondylitis started in the early 1980s when I was around 40 years old. I am a veterinarian, specializing in small animal surgery, so I often spend hours a day standing over a surgery table. At first, the signs were pain, sharp and unrelenting, in my upper spine. To cough or sneeze felt like someone stuck a knife in my back. I thought it was just muscle spasms from standing a lot, leaning over exam or surgical tables. I went to several physicians, who weren’t much help in diagnosing or treating the pain in the early years, mostly suggesting exercise and NSAIDs. I survived on naproxen but had to be careful as it was quite irritating to my stomach. I also had skin lesions on my knees and elbows, which I now know were psoriasis, but at that time I just thought they were some sort of contact dermatitis. 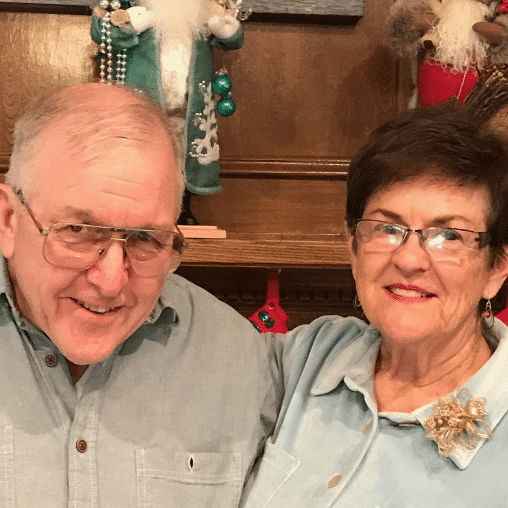 In the late 1980s, a physician made the diagnosis of AS but offered little in the way of treatment. He told me that I would eventually wind up with a fused “bamboo spine.” By this time, I was beginning to develop the typical kyphotic “stooped” posture. My back still hurt a lot and I had a hard time sleeping due to the pain in my back; it hurt a lot to turn over in the bed, so I would stay in one position as long as I could before gritting my teeth and turning to a new position. This, needless to say, was not conducive to good sleep/rest!

The kyphosis continued to progress. By the year 2000 I was noticeably “bent over” in my upper thoracic and cervical spine. I went to a local, well-regarded neurosurgeon and asked him if he could do a surgery to “straighten me up?” He said yes, he could, but that the mortality rate was approximately 50%. That, of course, was not what I was looking for! But his last words to me as I left the office were, “Don’t fall, either forward or backward. Either way can break your neck.”

In 2004 this neurosurgeon referred me to a local rheumatologist, Dr. Michael Calmese. This was the beginning of some real help for my AS. On my first visit, Dr. Calmese walked into the exam room, looked at me, and said, “I think I can help you!” After a lot of x-rays, blood tests, and bone density determinations, he started me on a TNF inhibitor, etanercept, which was a fairly new drug at that time. Within a week my back pain was mostly gone. Of course, the kyphosis was not gone, but wonderfully I didn’t hurt. Interestingly, I am HLA-B27 negative.

I have always been an avid outdoor person. I love to garden, camp out, and fish. Our family owns a 13,000-acre ranch near the Big Bend of Texas, and I love to explore and hunt artifacts and appreciate the wildlife with my grandkids. But I tried to always remember the admonition: DON’T FALL!

Fast forward to December 2017. I am now 75 years old and my upper thoracic and most of my cervical spine is fused. Two friends and I were sitting around a campfire on a beautiful night on our ranch. I got up to get a log to put on the fire, bent over, lost my balance, fell forward, landed on my head, and my momentum carried me through a forward somersault. In an instant my life changed. I had a fractured C7 (cervical vertebra #7). At first there was very little pain, but about three hours later the pain came on with a vengeance. The nearest hospital was 100 miles away, but we loaded up in the car at 2:30 AM and headed there. I prayed mightily that no deer or wild hogs would be in the road and cause a collision that would set off the car’s airbags towards my head. I held my head in my hands on the trip to steady it as we drove over rough roads because the pain was so intense.

I spent eight days in the hospital, almost entirely confined to bed. Luckily, I had no neurologic deficits, but the MRI looked like it was a close call. The biggest issue was that I was left with my chin down on my chest—I could not lift it up. The attending neurosurgeon was reluctant to operate, and I very much agreed with his decision. He put me in a brace for six months.

I hated my condition! I could not look at people I was talking to. I couldn’t drive. Trying to see anything above my eye-level was impossible. Swallowing was an issue because my throat was lying on top of my breastbone (sternum). I couldn’t shave under my jaw because I couldn’t get a razor under there. Very dark thoughts were passing through my mind because I couldn’t bear the thought of living the rest of my life this way.

I had read of the vertebral osteotomy surgery in our SAA publication. This is the surgery where one or more vertebrae in the neck or upper thoracic area are cut, the spine is straightened, and rods and screws are installed to stabilize the vertebrae until healing occurs. It is obviously a risky surgery, and an experienced surgery team is called for. I started my search by emailing the SAA office, and they recommended Cedars-Sinai Hospital in Los Angeles. I was hoping to find someone closer to home here in Texas. My attending physician recommended Dr. Carlos Bagley at the University of Texas Southwestern Medical School in Dallas. My niece, a PA, had worked with Dr. Ted Belanger in Rockwall, TX, who also performs this surgery. I made appointments with both. I was impressed with both, but ultimately decided on Dr. Bagley. After several intensive pre-surgical sessions with psychiatrists, internal medical doctors, laboratory personnel, and radiologists, the surgical date was set for July 9, 2018. The official name of my surgery was “C7 Pedicle Subtraction Osteotomy and C3-T4 Fusion.”

Dr. Bagley and team were miracle workers as far as I am concerned. Intubation of a person with his head down on his chest is a difficult procedure at best and can be dangerous. My anesthesiologist was perfect. Dr. Bagley and his associates performed the osteotomy on C7 and placed two titanium rods along my cervical and upper thoracic vertebra, held in place by multiple screws. The surgery took approximately three hours. When I awoke from anesthesia, I was lying on my back, looking at the ceiling and NOT at my feet. I was so happy I cried.

I was released from the hospital on the fourth day. All my motor functions in my arms and legs were intact. The only neurological deficit I had was a loss of sensation along the incision and in a band about three inches wide across my upper back at the level of my shoulder blades. To me that was a small price to pay to regain my ability to do the things I love to do.

As I write this, I am six months post-op. Recovery has not been particularly easy at this age, not only for me, but for my wife of 53 years, Carolyn, who has been my around the clock caregiver for nine months. I now believe she is a saint for putting up with me and caring for me during this saga. Being together 24 hours a day for all these months can be challenging. I think she saved my life. For me, every day is a good day. I can drive. I am again doing surgery on dogs and cats. The sky and sunsets are more beautiful than ever before. I never cease to be amazed and thankful for the knowledge and skill of Dr. Bagley and his team for giving me back my life, and for the superb care I received at the UT Southwestern Zale Lipshy Hospital in Dallas, TX. But I am constantly reminding myself of the advice my first neurosurgeon gave: DON’T FALL!!