My journey with Ankylosing Spondylitis (AS) has been very long, my first memories of symptoms starting at around age 6. Back then AS was only considered to be a man’s disease, it wasn’t until the last 10 years that it has been realized that AS affects just as many women as it does men. It has also been noted that AS can also present completely different in women than it does in men, as in men it is the traditional start of the SI joint fusion, but in women in can start in the neck and upper spine. This fight against AS is going to be never ending. There is no cure. As of right now, I have not even found a working biologic medication to slow down the process. As I am forced to alter the way that I handle my disease in a way that makes it more noticeable to those around me, I am also being forced to handle those feelings that I have been hiding for so long. Those feelings that I usually only speak to those in my support group about: anger at the doctors that dismissed me for so long while my body kept getting worse, anger at the doctors that still dismiss patients because patients with chronic illness are time consuming and don’t fit in a 5 minute window, sadness at all the things that I can’t do anymore, frustration when I don’t make as many plans as I want or have to cancel plans a lot due to my health, and by far the biggest one for most of us: anger at the comparison to where we used to be in life or health 10 years ago / 5 years ago / hell, just 1 year ago and realizing just how fast things are slipping away from us. 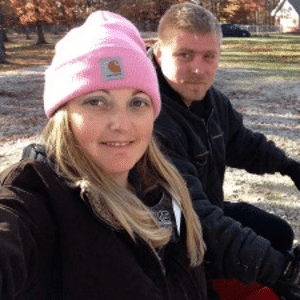 I was forced to make some difficult choices so far, this year. One choice that I am looking at is going back under the knife for a full neck fusion from C2-T1 including a metal plate on each side of my spine. However, the spinal cord swelling has now passed the point of what my usual orthopedic surgeon can handle, and he recommends that I seek help at the teaching hospital. After a single visit for some testing, where the surgeon sat in the back reading a magazine while two students played guinea pig on me, I decided that I was too scared to have surgery in that fashion and would have to try something else. So, I carved out my plan for the year 2018 not quite by recommendations or suggestions, but by necessity.

First thing is to get the inflammation down in my neck, so that will take massive doses of prednisone, Higher doses than I have ever taken before. That will also require me to start exercising the neck area. I am going to have to start exercising everything, no only to keep it all moving now, but to also keep off the excess weight that the prednisone packs on (Joined 2 gyms – 1 near work and 1 near home). As I begin to work out, it causes me to flare up even worse at first, I am noticing. I am going days without sleep (called Painsomnia). This is causing me to make some unusual decisions at work and at home, and overall annoy some people with some of the things that I do unintentionally. I have also decided to go back to the chiropractor even though it is not recommended for AS. I must try to get some sort of movement or relief from any sort of care that I can at this point. He is not allowed to manipulate me, because if he does I will fracture very easily. But he does have special tools that he can try to see if there is any hope at all.

I also have a lot of mental work. This year is going to be more mental work than I have had in a long time. Probably since we had to make the decision not to have children and pass this on to them. It is hard to explain what it is like mentally to be in this much pain 24/7. On top of all that pain and fatigue and lack of sleep is that anger of losing your identity of yourself. I am not the person that I am supposed to be, I am not even a person that I like. I don’t want to be someone that just survives, drifting through a fog, going through the motions and waits for the other shoe to drop. I know that I will never get this pain under control, but somehow as the pain got so much worse, I started letting the pain control me. I no longer control it. I must take that back. Although I will never get better, I will continue to decline as patients with severe AS do, I do not have to let it take me down with it. Here is to a great 2018! With hopes that I find my working biologic this year and start slowing the progression. And hopes that the diet and exercise control the neck swelling enough to give me some feeling back in my hands, as surgery is not an option. Thanks for joining me on my journey, you are an important piece to my battle against this disease, as I could not do it without the support of any of you!

Age 6 costochondritis (chest pain that mimics the heavy chest pain of unstable heart attack) and pleurisy (pain with deep breathing that occurs when the outer lining of the lung is inflamed), Rib involvement only happens in about 20% of AS cases and is considered rare.Age 10 Headaches upon waking or after periods of rest
Age 12 Insomnia
Age 17 Percocet daily for pain, 3x/week chiropractor visits
Age 22 SI Joint dislocation then hypermobility, HLA-B27 positive antigen test, began Methotrexate
Age 25 Bowel Involvement, began Humira when it came out
Age 30 C5-C6 disk replacement, no more chiropractic care (too dangerous with AS)
Age 31 Humira quit working
Age 32 Ulnar Nerve Replacement Left Arm, shoulders rounded forward (start of the hump back), made the decision not to have children after meeting with Fetal Specialists
Age 33 Enthesitis (swelling of where the ligament attaches to the bone), Jaw – only 10% of people are affected by this, Slipped Disk L5, Slipped Disks C3-C4, C4-C5, and C6-C7